Last Minute Follow Up on the Okanagan Wine Train

Since I posted my last segment on the Okanagan Wine Train, a number of emails have come in from readers who would like to know what happened to the Wine Train.  Well, here it is, in a nutshell.

The Wine Train failed, as a business.  I won't get into the reasons why it failed, except to say that I believe that if some things had been done differently, if only....., well, you know how it goes. 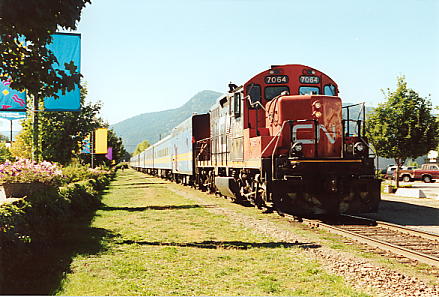 Some of the original 20-odd cars that were purchased and owned by the Edmonton-based Nagel Tours were sold and went to a number of locations around the continent.  The remaining eleven cars remain in a siding near Kelowna, waiting for a buyer.

I have first-hand knowledge of the condition of these cars and can tell you that, with very little time and money, there's a first class tourist train ready to be put to work.

Apparently, there are potential buyers wanting to purchase parts of the train, but they only want certain cars, leaving the rest to fade away on that weed-choked Okanagan siding.

But that's not the fate that should befall those beautiful cars. 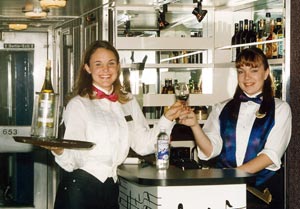 They should be cleaned, painted and put behind a couple of FP9A's or GP9U's, filled with happy train buffs and be seen and photographed rolling through the Alberta foothills, or Vancouver Island's former E & N railway, or some under-utilized, but scenic railroad near you. 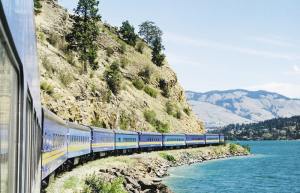 Having my own piece of the Super Connie would be pretty awesome itself.

I am surprised why this train failed, wine train sounds a great idea to taste various types of wine on journey.