A Grueling Voyage Through the Coast Mountains on The Super Continental

PART ONE:
February 1972…  I had been called for the baggageman's job on Number two.  It was a short call, meaning that number two was due out of Vancouver in just over an hour when I got the call, and it was a 40 minute drive from my home to the station at Main and Terminal on a good day.  The crew office begged me to take the call, as they had gone through the entire spareboard and couldn't get anyone to take the call.  I suppose the fact that it had been snowing for several hours might have had some bearing on the reluctance of spare board men to accept the call.  When it snows two inches in Vancouver, motorists behave as if there was four feet of the white stuff on the ground!
Equally daunting was the fact that when a brakeman took a call for number two, he could expect to be away for two days or more.  The train crews ran from Vancouver to Blue River, nearly 400 miles of mostly dangerous mountain and canyon territory. 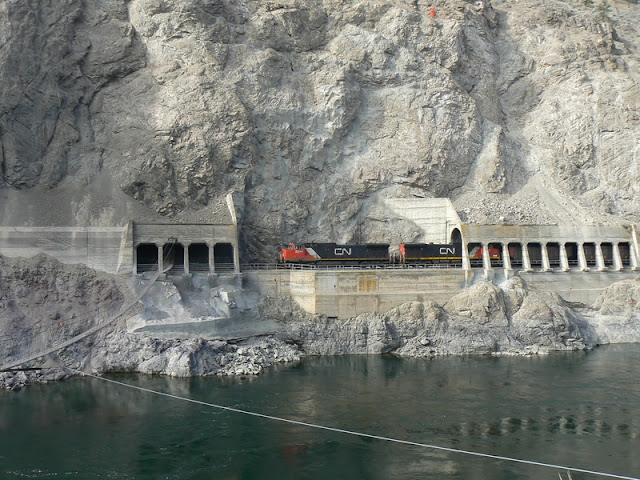 That assignment ran over three subdivisions where the speed averaged about 35 miles per hour.  Running time averaged over 12 hours one way...., on the summer schedule!  This trip was likely going to be somewhat longer than that.
The heavy snow would add another dimension to the difficulty that a crew would encounter on the road...that of snow and rock slides.  Avalanches were quite common in the Fraser and Thompson canyons at this time of year, and a late snowfall such as this would almost certainly ensure that we would be hitting several of them. 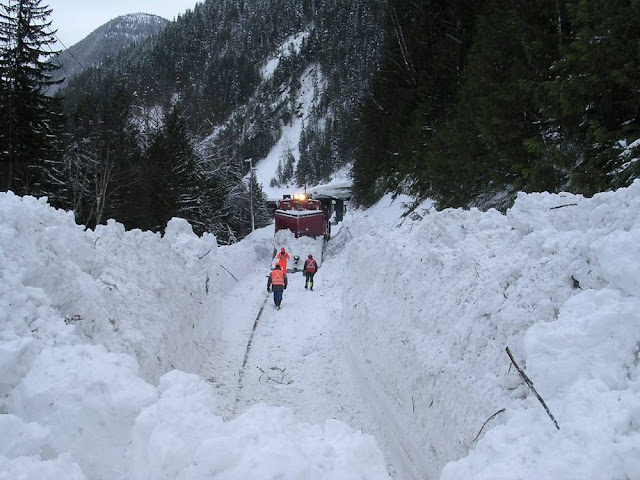 Nice to see you again! Thanks for dropping in. I'll be adding material to this post soon. you'll be surprised with what I've got coming for you...